NEW DELHI: Chief Justice of India (CJI) Altamas Kabir on Wednesday inaugurated one of the five fast-track courts that will hear cases related to crimes against women. The fast-track court set up in Saket Court complex here will hear the case of the 23-year-old Delhi gang-rape victim from Thursday.
The other fast-track courts will also start functioning from tomorrow at Dwarka, Rohini and Tis Hazari. The Delhi Police plans to submit around 1000-page chargesheet in the metropolitan magistrate’s court in Saket on Thursday, and then the case will be moved to the fast-track court to hear it on a day-to-day trial basis.
Delhi Police had earlier invoked murder charges against the six men allegedly involved in the gang rape of the 23-year-old girl in a moving bus after she died in a Singapore hospital on December 29
प्रस्तुतकर्ता Shikha Kaushik पर 10:27 am 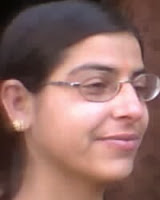